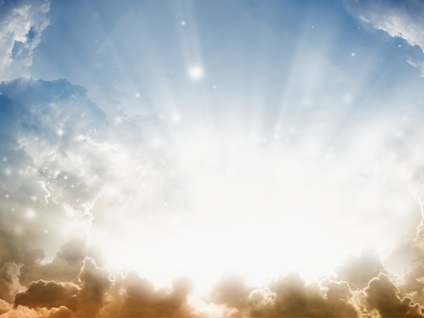 Rebirth in Buddhism is the doctrine that the evolving consciousness (Pali: samvattanika-viññana)[1][2] or stream of consciousness (Pali: viññana-sotam,[3] Sanskrit: vijñāna-srotām, vijñāna-santāna, or citta-santāna) upon death (or «the dissolution of the aggregates» (P. khandhas, S. skandhas)), becomes one of the contributing causes for the arising of a new aggregation. The consciousness in the new person is neither identical nor entirely different from that in the deceased but the two form a causal continuum or stream.

In traditional Buddhist cosmology these lives can be in any of a large number of states of being including the human, any kind of animal and several types of supernatural being. Rebirth is conditioned by the karmas (actions of body, speech and mind) of previous lives; good karmas will yield a happier rebirth, bad karmas will produce one which is more unhappy. The basic cause for this is the abiding of consciousness in ignorance (Pali: avijja, Sanskrit: avidya): when ignorance is uprooted, rebirth ceases. One of the analogies used to describe what happens then is that of a ray of light that never lands.

These Roles reside in the following categories:

Priests and Servers are roles that dedicate themselves to the service and spiritual evolution of the soul, and to the physical needs of the people on the planet.

Sages and Artisans are devoted to expression; the artisan through creation, and the sage via communication.

Warriors and Kings are the great mobilizers in society, and they express their nature by «taking action.»

Scholars are the assimilators of knowledge. They are profoundly curious and they document all experience.