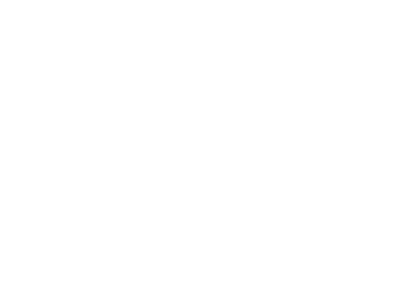 Bill and Boris are taking a break from a long summit, Boris says to Bill, -Bill, you know, I have a big problem I don’t know what to do about. I have a hundred bodyguards and one of them is a traitor. I don’t know which one. -Not a big deal Boris, I’m stuck with a hundred economists I have to listen to all the time before any policy decision, and only one tells the truth but it’s never the same one.

Two economists are walking down the street. One sees a dollar lying on the sidewalk, and says so.

«Obviously not,» says the other. «If there were, someone would have picked it up!»

A traveller wandering on an island inhabited entirely by cannibals comes upon a butcher shop. This shop specialised in human brains differentiated according to source. The sign in the shop read:

Upon reading the sign, the traveller noted, «My those economists’ brains must be popular!» To which the butcher replied, «Are you kidding! Do you have any idea how many economists you have to kill to get a pound of brains?!»

Two government economists were returning home from a field meeting. As with all government travelers, they were assigned the cheapest seats on the plane so they each were occupying the center seat on opposite sides of the aisle. They continued their discussion of the knotty problem that had been the subject of their meeting through takeoff and meal service until finally one of the passengers in an aisle seat offered to trade places so they could talk and he could sleep. After switching seats, one economist remarked to the other that it was the first time an economic discussion ever kept anyone awake.

An econometrician and an astrologer are arguing about their subjects. The astrologer says, «Astrology is more scientific. My predictions come out right half the time. Yours can’t even reach that proportion». The econometrician replies, «That’s because of external shocks. Stars don’t have those».

An economist returns to visit his old school. He’s interested in the current exam questions and asks his old professor to show some. To his surprise they are exactly the same ones to which he had answered 10 years ago! When he asks about this the professor answers: «the questions are always the same – only the answers change!»

Upon returning he says to her, «Why did you ask me to retrieve the camera when there were many younger and more athletic males closer to her?» She replied, «Professor you seem to forget that I’m in your Econ I class, and I don’t know anyone who can go down deeper, stay down longer and come up drier than you.»

When drawing up the guest list for a dinner party, inviting more than 25% economists ruins the conversation.

Economics is the painful elaboration of the obvious.

Man walking along a road in the countryside comes across a shepherd and a huge flock of sheep. Tells the shepherd, «I will bet you $100 against one of your sheep that I can tell you the exact number in this flock.» The shepherd thinks it over; it’s a big flock so he takes the bet. «973,» says the man. The shepherd is astonished, because that is exactly right. Says «OK, I’m a man of my word, take an animal.» Man picks one up and begins to walk away.

«Wait,» cries the shepherd, «Let me have a chance to get even. Double or nothing that I can guess your exact occupation.» Man says sure. «You are an economist for a government think tank,» says the shepherd. «Amazing!» responds the man, «You are exactly right! But tell me, how did you deduce that?»

«Well,» says the shepherd, «put down my dog and I will tell you.»

A mathematician, an accountant and an economist apply for the same job.